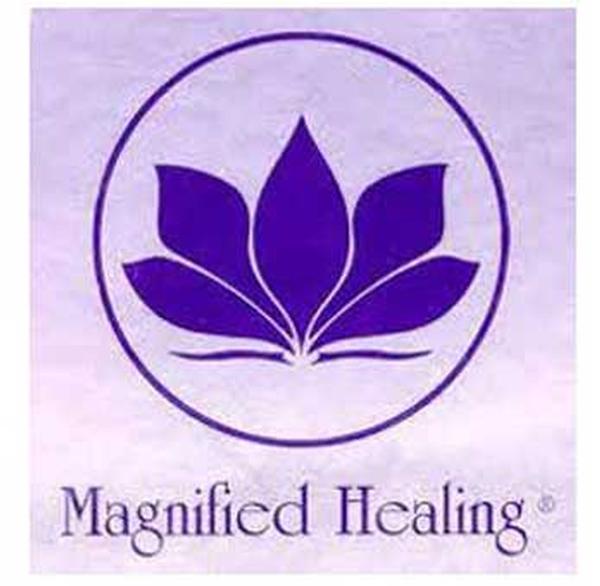 Are you on the path of Ascension?  Are you willing to prepare yourself, others and the Earth in ushering in the higher vibrations of pure Love, Light and Freedom?  If you answered “yes” to any of these questions, then Magnified Healing® is for you.  During these tumultuous times, Healers are seeking out opportunities for transformation as well as for learning new skills.  Magnified Healing® is a gentle yet powerful modality to prepare you for your own personal transformation through Empowerment, Preparation for Ascension, the Healing of Self and Others, and Initiation.

Magnified Healing®, 1st Phase (or Level One) is an ancient healing modality that was introduced to the Earth in 1983, and brought forth by Rev Gisele King and Rev Kathryn Anderson under the direction and guidance of Lady Kwan Yin.  Magnified Healing® is easy to learn, to use, and to teach to others.  You will learn how to heal yourself and others through a powerful connection that you will make with Ascended Master Kwan Yin.  This two-day workshop incorporates all aspects of healing, including meditation, breathing, absent healing, and affirmations allowing the student to participate and then teach Magnified Healing®, 1st Phase, without lengthy internships.

Prerequisites: Knowledge and Understanding of basic metaphysical concepts, such as Karma, chakras, Violet Fire, Threefold Flame, and Ascension.  Contact me directly via email if you have any questions about these concepts at pjvantwuyver@gmail.com.  Other healing modalities such as Reiki, IET, etc are not prerequisites for learning Magnified Healing®.

Elements of this course:

After completion of this two-day workshop and after eleven consecutive days of self-practice, the student will be certified to practice and to teach the 1st Phase anywhere in the world. 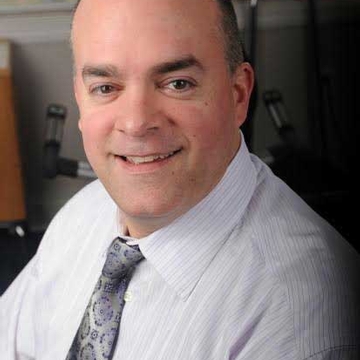 Peter’s path as a healer began, unbeknownst to him, in 1985 when he broke his back while playing hockey.  He spent the next two years bouncing around from clinician to clinician trying to find the source of the pain and to find the cure.  Although he eventually went to surgery, he was impressed with the dedication, skills, and knowledge of his Physical Therapist.  Peter then knew that he wanted to become a Physical Therapist so that he could help other people overcome their back pain.

After graduating from Franklin and Marshall College with a Bachelor of Arts in History and Pre-Healing Arts, he earned a Master of Physical Therapy Degree and a Bachelor of Science in Biology with a minor in Psychology from the University of the Sciences in Philadelphia in 1995.  He earned his Board Certification as an Orthopedic Clinical Specialist by the American Board of Physical Therapy Specialties in 2001 and recertified in 2011.  In 2005, he completed his Doctor of Physical Therapy Degree from the University of St. Augustine for Health Sciences.  A life-long learner, he has taken over 100 continuing education courses since graduating PT school in 1995.

In 2008, he was introduced to Reiki and by 2009 became a Reiki master.  Peter became impressed with how rapidly Reiki could help patients relax.  Moreover, as soon as patients could learn to relax, they could rapidly improve from a number of musculoskeletal issues, like headaches, TMJ dysfunction, and back pain.  Over the next few years, he became certified as a Master/Teacher of Holy Fire/Usui Reiki, Karuna Reiki, Lightarian Reiki, Magnified Healing Levels 1 through 3, and all five levels of the Melchizedek Method with Joan Ruggiero, M.Ed.

As he continued his energy work training, he completed Advanced CranioSacral Therapy, Level One, with the Upledger Institute.  In 2013, he became an ordained minister in the Order of Melchizedek by Rev. Daniel Chesbro of the Sanctuary of the Beloved.  He re-attuned as a Holy Fire III Reiki Master and Holy Fire Karuna Reiki Master after studying with William Lee Rand in 2015 and 2016.  In 2017, he became a Master Instructor in Integrated Energy Therapy (IET).   He began Shamanic Studies in 2020 with Sandra Ingerman.

A teacher in both academic and clinical settings, he has been a clinical instructor for undergraduate and graduate students in healthcare for over 20 years.  He began teaching energy work to clinical and non-clinical students in 2009.  He brings his extensive knowledge of physics, anatomy and physiology to his energy work healing and teaching.  He provides healing sessions and teaches energy work classes at the Heaven and Earth Studio in Derry, NH, at Lotus Massage and Spa in Georgetown, MA, at other facilities across New England, and online via Zoom.

As a Healer’s Healer, he has been active in the media advocating the need for energetic self-care to overcome fear, to improve self-love, and to regain control in our lives, especially in these difficult times.  His free online Masterclass Series, Self-Care for Healers, reached Healers all over the world, and Season 2 is expected later this year.  He was recently interviewed by best-selling author Lois Hermann on her radio show Inspiring Hope, by Animal Communicator/Healer Anna Marie Ellison, and by Coach Deborah Knight.  Peter is dedicated to helping Healers of all levels of experience achieve true transformation, enabling them to realize and reveal their Authentic Self.  For more information about Peter, please visit www.platinumrayacademy.com or contact Peter directly at pjvantwuyver@gmail.com.

Emotional Freedom Technique, also called EFT, is a tapping technique based on Chinese Acupressure and on modern psychology.  EFT is easy to do so that anyone can learn it and do it.  With EFT, you can release emotional trauma, energetic blockages, and negative memories from your life at the deepest levels.