Nicknamed the "Stone of Transformation,” Moldavite is a crystal that radiates powerful energy and will amplify the vibrations of other crystals. An intensely spiritual stone, it brings about a surge in one’s energy and accelerates emotional and spiritual evolution. It can cleanse and help with the flow of Chakras and protect one from negative energies. Moldavite connects us to the universe and Earth and can transform and transmute one's consciousness in a way that other stones simply cannot.

It is thought to have been created from a meteorite that crash-landed 14.8 million years ago in the present-day Czech Republic. Pieces are scattered throughout the area and found almost at random. The impact itself was estimated at 6 trillion megatons and is believed to have passed completely through the Earth's crust into the planet's core. The crystal will eventually become extinct as it has not, so far, been found anywhere else on the surface of the Earth. 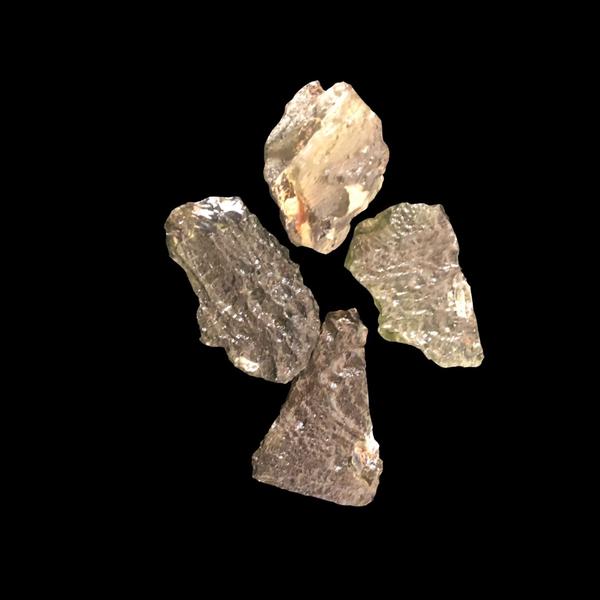