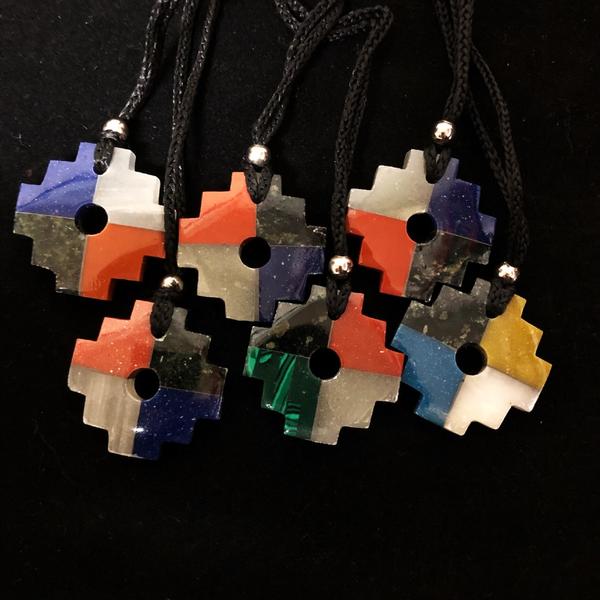 We currently have 14 in stock.

The Chakana (or Inca Cross) symbolizes for Inca mythology what is known in other mythologies as the World Tree or Tree of Life. The stepped cross is made up of an equal-armed cross indicating the cardinal points of the compass with a superimposed square. The square represents the other two levels of existence. The three levels of existence are Hana Pacha (the Upper World inhabited by the superior gods), Kay Pacha, (the world of our everyday existence) and Ucu or Urin Pacha (the Lower World inhabited by spirits of the dead, the ancestors, their overlords and various deities having close contact to the Earth plane). The hole through the center of the cross is the axis by means of which the shaman transits the cosmic vault to the other levels. It also represents Cuzco, the center of the Incan empire, and the Southern Cross constellation. The cross has 12 points and legend has it these points represent the following sayings, affirmations and life points: I live, I work, I love; the underworld, present world, upper world; the cougar, the eagle, the snake. The four flat sides represent the elements: water, air, earth, fire